Link to this page

Roses
Order a Hand-Painted Reproduction of this Painting 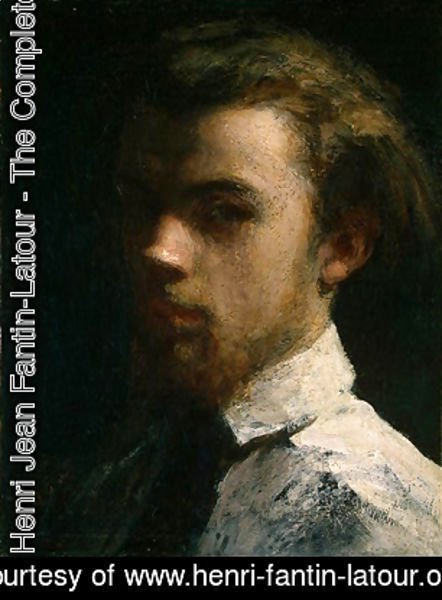 Ignace Henri Jean Fantin-Latour was born in Grenoble on the I4th January 1836, into the family of Theodore Fantin-Latour, portrait painter and teacher of drawing, and a Russian mother. In 1841, his family moved to Paris. Henri started drawing at an early age, taught by his father, then, from 1850 though 1854 studied drawing at the school of Lecoq de Boisbaudran. After a short period at the Ecole des Beaux-Arts, he worked temporarily at Courbet's studio. From 1853 onwards he regularly copied works by the old masters in the Louvre, as well as paintings by Delacroix in the Musee du Luxembourg, and for 12 years lived mainly by copying.

He met Degas in the Louvre in 1855, Manet in 1857 and Berthe Morisot in 1858. In 1858, Henri Fantin-Latour became friends with Whistler and the two artists, along with Alphonse Legros, formed the Societe des Trois. In 1859, Whistler invited him to visit London, where through Alphonse Legros and the amateur engraver Edwin Edwards he became associated with the artistic milieu of the English capital, and in 1864 exhibited at the Royal Academy. In London he was especially popular for his flower pieces, which he began to paint in the same year. 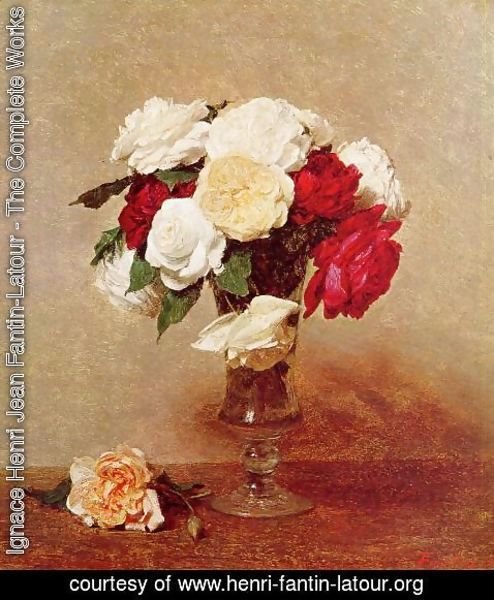 He first exhibited at the Salon in Paris in 1861, and in 1862 along with Manet, Legros, Whistler and Jogkind he joined the Societe des Aquafortistes. His painting Feerie was displayed at the Salon des Refuses in 1863. Despite close contacts and friendship with Impressionists, he rejected their theories and never took part in their exhibitions.

His portrait groups, Hommage a Delacroix (1864), The Toast (1865), A Studio in the Batignolles (1870), At the Table (1872), Round the Piano (1885) and others, make up a rich gallery of prominent personalities of his time: artists, poets and musicians. He left, according to Madame Fantin-Latour's catalogue, twenty-three self-portraits. Both his still-lifes and portraits are in the tradition of the realistic manner of the old masters. Fantin's many lithographs and paintings inspired by imaginative themes, reveal his romantic passion for Wagner, Berlioz and Schumann. These works strongly influenced later symbolist painters, such as Odilon Redon.

In 1879 Henri Fantin-Latour was awarded the Legion d'Honneur medal. (From Olga's Gallery)

Report an error on this page